The online registration period for this event has expired. Please call the ITLA Office: 317-634-8841.
Details

Our faculty will detail a path to success for your next uninsured or underinsured Motorist case covering such topics as: 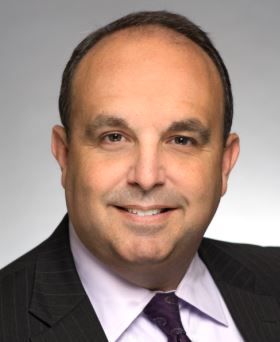 A native of Indiana, Scott Faultless spent the first 18 years of his life on a farm in Greene County. After graduating from the Indiana University School of Law, Indianapolis, in 1991, he worked as a law clerk under David W. Craig. Their shared interest in protecting and defending injured people throughout their home state eventually took them in the direction of establishing their own firm.

In 1999, Craig, Kelley & Faultless LLC opened its doors, giving Scott and the other Founding partners the opportunity to practice personal injury law and serve the community through both legal channels and ongoing public service campaigns.

In more than 20 years of practice, Scott Faultless has gained considerable litigation experience at the trial court and appellate court levels. He has been named among the Top 100 Trial Lawyers in Indiana by the National Trial Lawyers Association and also selected as an Indiana Super Lawyer. He has argued cases before the Indiana Supreme Court, the Indiana Court of Appeals and the U.S. Court of Appeals for the 7th Circuit in Chicago. In addition, he regularly goes to court with other attorneys in the firm.
Scott is in charge of the appellate practice for the personal injury law firm of Craig, Kelley & Faultless LLC. He enjoys a challenge and is always willing to take difficult or novel issues on appeal in order to help his clients. He is also highly qualified to protect a favorable verdict on appeal if necessary. As with everything the firm does in service of injured parties, Scott is more than willing to appeal a case in an attempt to change or clarify laws that he believes are unjust to those who suffer because of the carelessness of others.
A longtime resident of the Town of Fishers, Indiana, Scott is president of the Town Council, a role in which he has proudly served since 2001. He is also a member and past president of both the Fishers Chamber of Commerce and the Fishers Rotary Club. Scott is an active youth sports coach, volunteering his time to lead his children’s soccer, basketball, baseball and softball teams in Fishers.

Credit
This program has been approved for credit in the following jurisdiction(s):

Per the Indiana CLE regulations, Indiana attorneys are limited to 18 hours of distance education per compliance period (3 years). In order to receive CLE credit, you must complete all attendance verification prompts during the program.

This is an online seminar. Participants will be able to join from their computer.

Written cancellation postmarked two weeks prior to the seminar will be refunded, less a $50 administrative fee, as a credit toward another ITLA seminar, good for one year. If notice of cancellation is received after that date, the administrative fee increases to $100. FULL REFUNDS WILL NOT BE GIVEN, but upon request, we will send you the materials distributed at the seminar.


The online registration period for this event has expired. Please call the ITLA Office: 317-634-8841.
Questions?