This popular two-day seminar will also celebrate the achievements of our members and local legislators as we recognize and celebrate our ITLA Annual Award Winners during the two day seminar.

Not only will you be able to receive a year's worth of Distance Education hours (the online version of CLE), including ethics, but you will also learn of important changes and updates to Indiana Law. 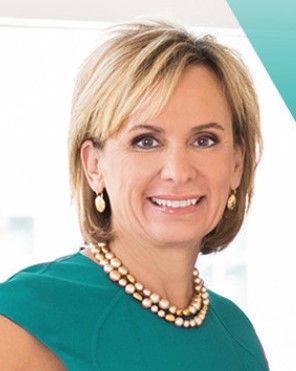 Charla Aldous knows from experience that justice doesn't happen by accident. A veteran of more than 200 trials and many significant jury verdicts and settlements, Aldous brings a rare passion and direct commitment to her clients and their cases. Her caseload ranges from complex business disputes to courtroom trials against those who pollute our water, the medical and pharmaceutical industry, or those simply unwilling to take responsibility for the damage they've caused. Her successes on behalf of clients have caught the attention of some of the largest corporations and helped her achieve some of the legal industry's top honors.

Meg Christensen concentrates her practice on three main areas of law: lawyer ethics, appeals and business litigation. Since 2017, she has served as co-chair for Dentons Bingham Greenebaum's Recruiting Committee.

Meg’s clients are primarily concerned about the impact their legal disputes will have on their business or personal lives. Recognizing that litigation introduces uncertainty into her client’s plans, Meg prides herself in clearly communicating with clients about the practical effect of various strategies. Meg’s goal is to help busy clients focus on what they do best while she works to present their strongest arguments in pursuit of the best possible result.

Between the Indiana State Bar Association (ISBA), the Indiana Continuing Legal Education Forum (ICLEF) and Association of Professional Responsibility Lawyers (APRL), Meg presents on ethics at over a dozen continuing legal education seminars each year. As part of ISBA’s Ethics Committee, she considers and issues advisory opinions, recommends rule changes and facilitates lawyer education events. Meg is an active member of the APRL and devotes her time to researching trends in disciplinary enforcement and lawyer ethics.
In her free time, Meg enjoys cooking, hosting dinner parties, and attending yoga or barre class. She’s an avid NPR listener, loves old homes and house rehabs and attending camp with her two children. She has a vested interest in voting advocacy and once served as a member of the United Nations Election Protection Delegation, monitoring the polls in El Salvador’s National Election. 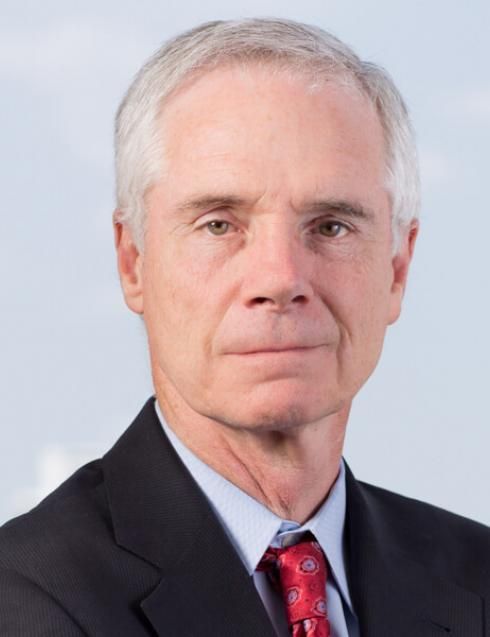 Kevin J. Conway is a mesothelioma trial lawyer known throughout the United States in the area of mesothelioma, mass torts, wrongful death, and catastrophic injury cases. He was named a finalist with a group of attorneys for Trial Lawyer of the Year in Washington D.C.  In addition, Mr. Conway has been named one of the top 100 Trial Lawyers in America.

Mr. Conway is a Past President of The Illinois Trial Lawyers Association.  He has been named a Super Lawyer and a Leading Lawyer by a vote of his peers. He has been repeatedly named as one of the top 10 personal injury attorneys by his peers in Illinois in the Leading Lawyers Network.

Kevin J. Conway and his firm have tried or settled cases totaling billions of dollars. In one major group of cases, Mr. Conway and a team of trial lawyers at Cooney & Conway settled 177 asbestos cases during trial for in excess of 200 million dollars. 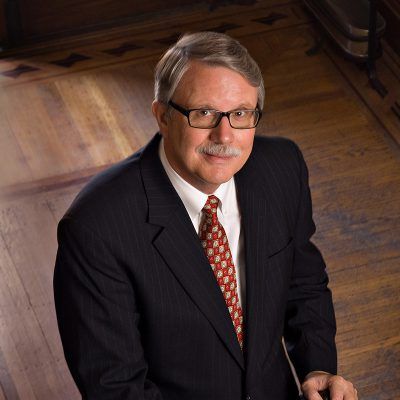 Kevin has delivered the torts presentation at the annual Indiana Continuing Legal Education Forum (ICLEF) Indiana Law Update, attended by hundreds of Indiana attorneys, since 2005. He has also served on the Board of Directors of the Indiana Trial Lawyers Association since 1991. 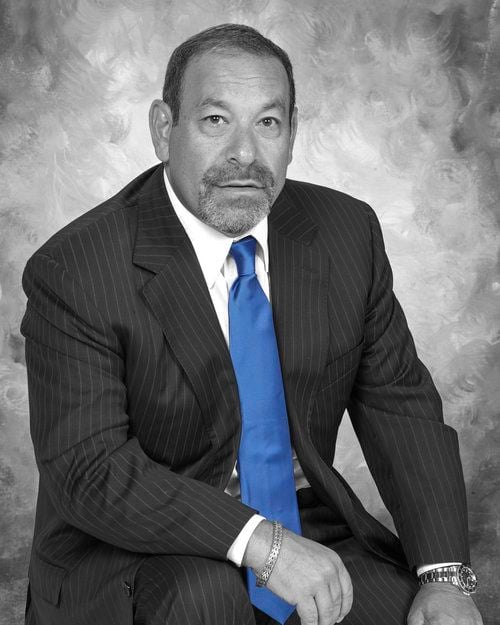 Saul G. Gruber has been a nationally renowned Trial Lawyer for 30 years with multiple offices in New Jersey and recently relocated to Florida. He has represented victims of Medical Negligence, Car Wrecks, Defective Products and has earned a national reputation in representing and helping victims of Nursing Home Neglect. Saul is a former Chair of the Small Firm Section of the American Association of Justice (AAJ), the largest national group of Trial Lawyers helping victims. Saul also was Chair of the Prestigious Nursing Home Litigation Group of AAJ as well.

In developing his ability to frame issues over the years he has also been a Leader and Advocate on behalf of all victims. Saul was a PAC (Political Action Committee) Trustee for both the National Trial Lawyers and their New Jersey Counterpart, NJAJ. Saul also has served as a Board of Governor and on the Executive Board of NJAJ. In recognition of his commitment to the practice of Trial Law on behalf of victims, he has been awarded the Weidemann and Wysocki award as well as the Above and Beyond award from AAJ.

Saul has lectured and taught thousands of lawyers all over the Country with strategies in topics such as framing issues, creating bulletproof rules for trial and depositions, use of persuasive technology to maximize recoveries , as well as many substantive matters of evidence and Nursing Home Law.  He has studied under Don Keenan in the famed Seaside retreats as well assist Trial Lawyers throughout the county with insight in to both Nursing Home Law and trial strategies.

After a rewarding career, Saul has now shifted his focus to helping other advocates reach the zenith in their client’s cases. According to Saul, “It is essential to tap into the jurors desires and fears as it relates to your client’s harms”. The Firm’s unique blend of experience, focus groups, rule development, and discovery and  deposition strategies provide continued persuasive insight unmatched by other consulting groups. 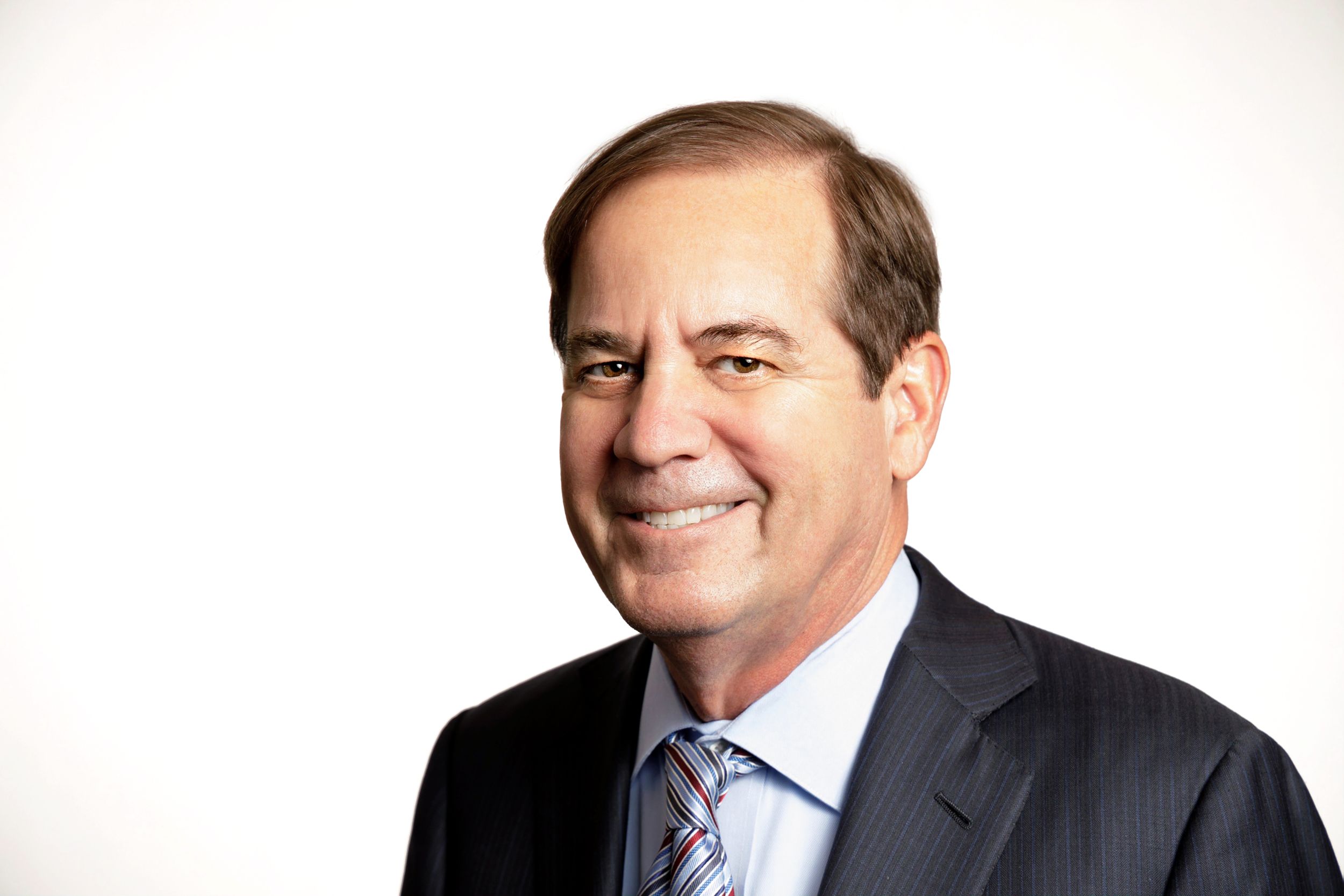 Keith Hebeisen is a partner at Clifford Law Offices. An outstanding personal injury attorney and one of the most respected medical malpractice attorneys in Chicago. Mr. Hebeisen is experienced in many practice areas, including complex areas of medical negligence, medical liability, and transportation liability. We are proud to have him on our team of malpractice attorneys in Chicago.

Mr. Hebeisen has been a trial attorney for over 30 years. As part of our team of medical malpractice attorneys in Chicago, he is a highly respected leader in the legal community. He is known for his no-nonsense style and has garnered the respect of both plaintiff and defense attorneys. Mr. Hebeisen is knowledgeable in the law and in command of the facts of each client’s case. He is thorough in the investigation, preparation, and trial of each of his cases, which are often highly complex and involve many defendants. Although Mr. Hebeisen concentrates his practice in the area of medical malpractice cases against doctors, hospitals and pharmaceutical companies, he has represented individuals in a wide variety of cases, including transportation, product liability, and toxic tort. 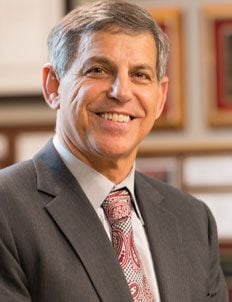 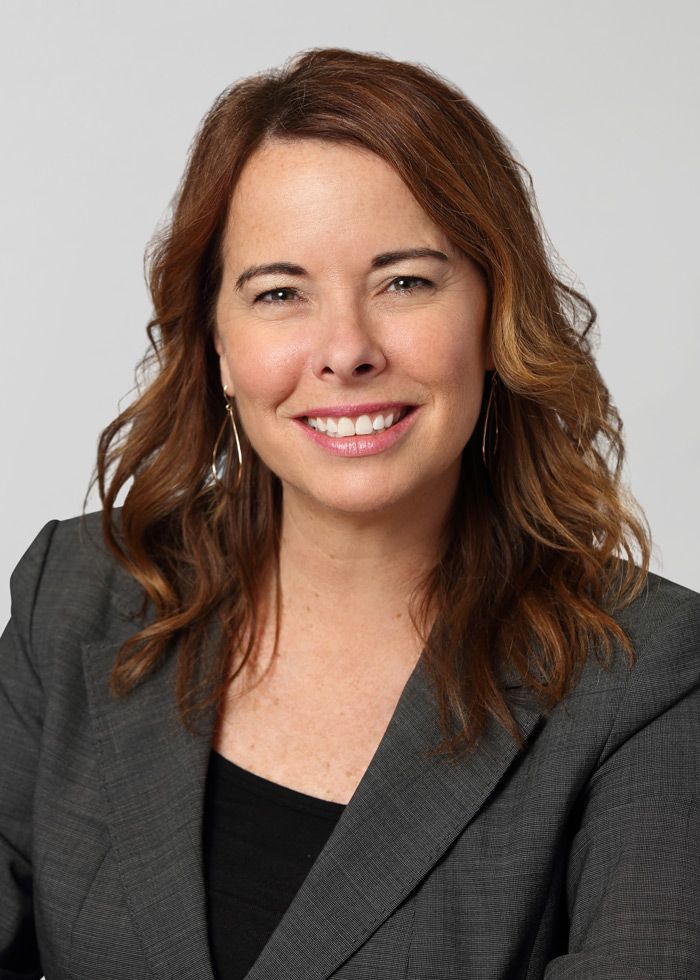 Elise Sanguinetti is a founding partner at Arias Sanguinetti Wang & Torrijos LLP and is the Immediate Past-President of The American Association for Justice (AAJ) a national trial lawyers association. Ms. Sanguinetti’s main focus of expertise is serious injury, wrongful death cases, civil appeals and legal malpractice. She exclusively represents plaintiffs in civil litigation, and holds an AV rating with Martindale-Hubbell and has been named a California Super Lawyer every year since becoming eligible. Elise has been named one of the Daily Journal’s Top Women Lawyers, is a National Law Journal California Trailblazer and was named one of Lawdragon’s 500 Leading Plaintiff Lawyers of 2020.

Ms. Sanguinetti has obtained a number of six and seven-figure recent verdicts and settlements, including: -- A confidential seven-figure settlement against a car manufacturer in a catastrophic personal injury and wrongful death case involving the safety and design of the vehicle. -- A high six-figure settlement on behalf of the family of a woman who died while in police custody in Monterey, CA. -- A $1.25 million settlement for the wrongful death of a young man killed when his motorcycle collided with a poorly lit and marked piece of farm equipment. -- A confidential high six-figure settlement on behalf of a pedestrian injured when hit by the driver for a ride sharing service. 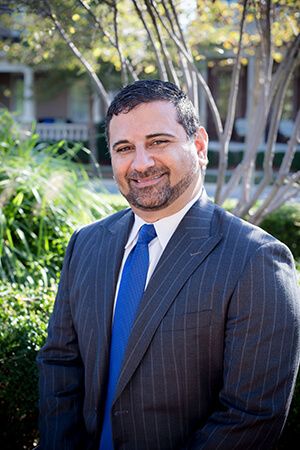 Tad Thomas graduated with honors from law school at Northern Kentucky University, and then opened his own practice in Louisville. He quickly gravitated to the area of personal injury and civil litigation, an area where he could assist clients in their time of need. Seven years later Mr. Thomas was given the honor of being invited to assist Kentucky Attorney General Jack Conway and leading the Civil and Environmental Division of the Attorney General’s Office. Only a few months later he was promoted to one of two Assistant Deputy Attorneys General and was given the responsibility of overseeing four divisions and all of the office’s civil litigation. These four divisions consisted of over 100 personnel including lawyers, staff and sworn law enforcement officers.

During his tenure in the office of the Attorney General, Mr. Thomas litigated cases against the country’s largest pharmaceutical, insurance and petroleum companies and recovered millions of dollars for the Commonwealth. In his first year, he assisted his Office of Rate Intervention in negotiating a rate case with EON’s US Division. His efforts resulted in millions of dollars in savings for Kentucky consumers. He also defended Kentucky’s judges against civil suits, defended the state’s statutes against constitutional challenges and helped lead the fight in an attempt to stop the state’s early release of prisoners. Outside of the courtroom, Mr. Thomas participated in drafting legislation to involve the Attorney General’s office in securities litigation on behalf of the state’s retirement systems, drafted formal opinions of the Attorney General on important public issues and advised the Attorney General on a wide range of policy matters.

Mr. Thomas returned to private practice in 2011 where he continued to devote his time to civil litigation and the representation of individuals injured at the hands of others. Currently, he leads an office of five attorneys who limit their practices to products liability, including pharmaceutical  and medical devices, nursing home neglect and abuse, medical malpractice, trucking and motor vehicle injuries.  Mr. Thomas has been recognized by his peers as on of the top products liability attorneys in Louisville. 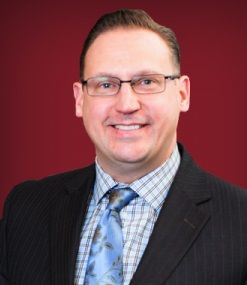 One of the largest single event non-punitive, non-economic injury only jury awards in Wisconsin history: $13.3M in 2014 in Milwaukee (Bradway v. FFE) and only lawyer in Wisconsin under 50 years of age with two over $10M single event trial awards (other one $10.2M in Sparta in 2011 – Miller v. Zurich).

First Wisconsin attorney to serve on a national MDL as Plaintiff Steering Committee co-lead counsel (Du Pont Imprelis® – Philadelphia) while representing the most single plaintiffs in the entire litigation all from Wisconsin and resolved action in 2014 for confidential sum. 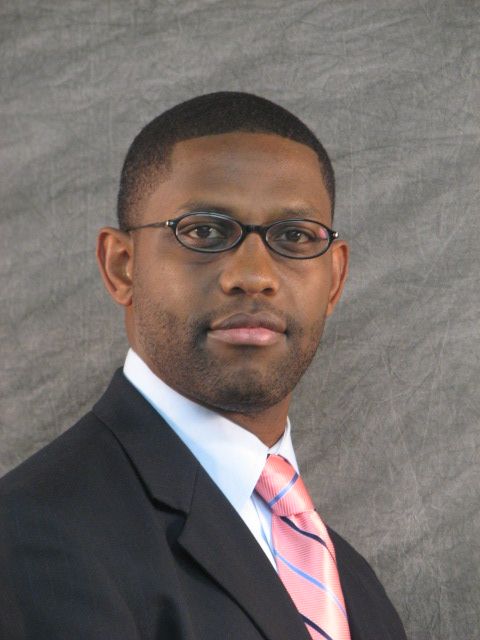 Navan Ward, Jr., is a Principal at Beasley, Allen, Crow, Methvin, Portis and Miles, P.C. Currently, Navan helped to open and works out of the firm’s new Atlanta, Ga office location. He is the firm's lead attorney on the Proton Pump Inhibitor (PPI) litigation, which involves thousands of victims who ingested defective prescription and over the counter medicine for acid reflux, which resulted in users suffered kidney damage. Navan is also the firm’s lead attorney on the Metal-on-Metal hip implant litigation, which involves thousands of victims who have defective hip implants causing severe pain, metal poisoning, revision surgery, and in some cases permanent injury. Additionally, Navan serves as the President-Elect for the American Association for Justice (AAJ).

Navan has been selected to a team of lead lawyers, called either the Plaintiffs Executive Committee (PEC) or Plaintiffs Steering Committee (PSC) for several Multi-District federal court litigations (MDL). Navan was also heavily involved in with the hormone replacement therapy (HRT) litigation, representing hundreds of women who were diagnosed with breast cancer because of ingesting these combination hormone medications. Navan has been responsible for overseeing multiple other pharmaceutical drug and/or device litigations, such as Meridia; Celebrex; Bextra; Permax; and Dostinex pharmaceutical drug litigations, representing victims throughout the country.

Online Streaming via Zoom
Hosted by

How to Watch the Annual Institute on Your Home TV